“The road to Prespa”

The Road to Prespa is conceived as a driving force and impetus for positive thinking in the development of honest and comprehensive dialogue between countries and peoples in the region. The past is important to teach us not to repeat mistakes, but not to blind us. We need a new strategic culture that, between the burdens of the past which divide us, would give priority to the future that unites us. I admit, the times we live in are as difficult and unpredictable as those of our ancestors, but today we are more mature. We know the path we are determined to follow, while the goal we are striving for is clear. Today we have models of success that can manage mistrust, diversity, and historical trauma, which often created unpredictability, through complementary unity that develops strong synergies, materialized in economic development, peace, harmony, and prosperity. That example is a united Europe, better known as the European Union. 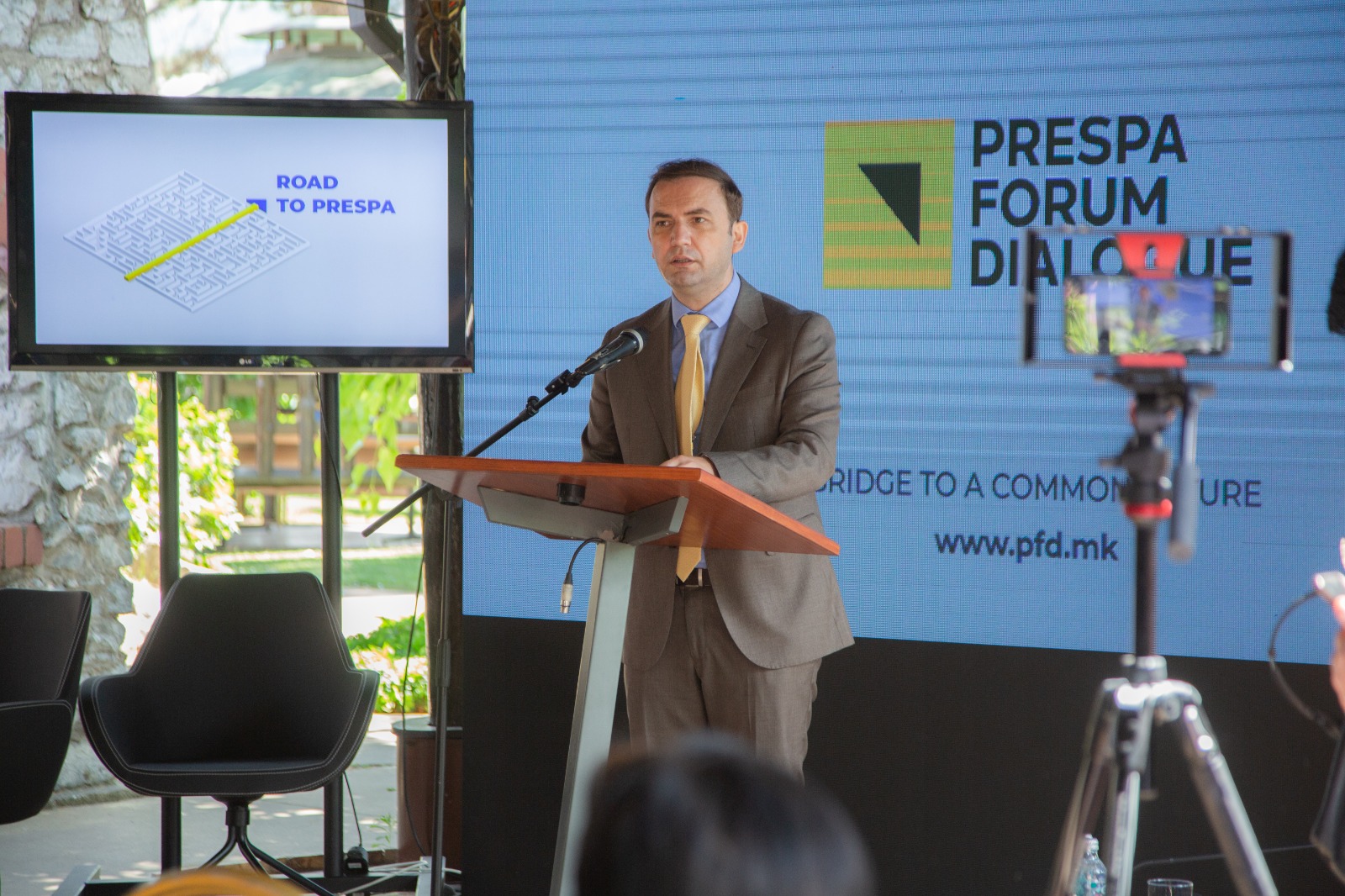 That path is proven and safe, but as much as we need good examples, we should not just copy them – we need our own path that takes into account our own regional, geopolitical, cultural, and religious specifics to build our own authentic model.

The region needs fresh ideas like never before, a new narrative of regional cooperation, security and stability, in order to more easily face the challenges called the road to the EU.

The main goal of the Prespa Forum Dialogue is to promote the model adopted by North Macedonia – a model of building bridges, good neighborly relations, fostering a culture of friendship, trust and mutual understanding. The forum is intended as a place for open talks and solutions, for the countries of our region to have the opportunity to show their capabilities and commitment to regional cooperation, stability, and security.

The idea of establishing the Prespa Forum is neither without basis nor without empirical support. It is based on a platform and strategy built on three pillars, reflected in the three agreements that make North Macedonia a unique example in the region and beyond: the Ohrid Framework Agreement, the Treaty of Friendship, Good-neighborliness and Cooperation signed with Bulgaria in 2017, and the Prespa Agreement signed with the Hellenic Republic in 2018. The three agreements enjoy strong domestic and international legitimacy and are widely accepted and supported, establishing a model for other countries and societies and providing an example with important lessons and conclusions that could be useful. 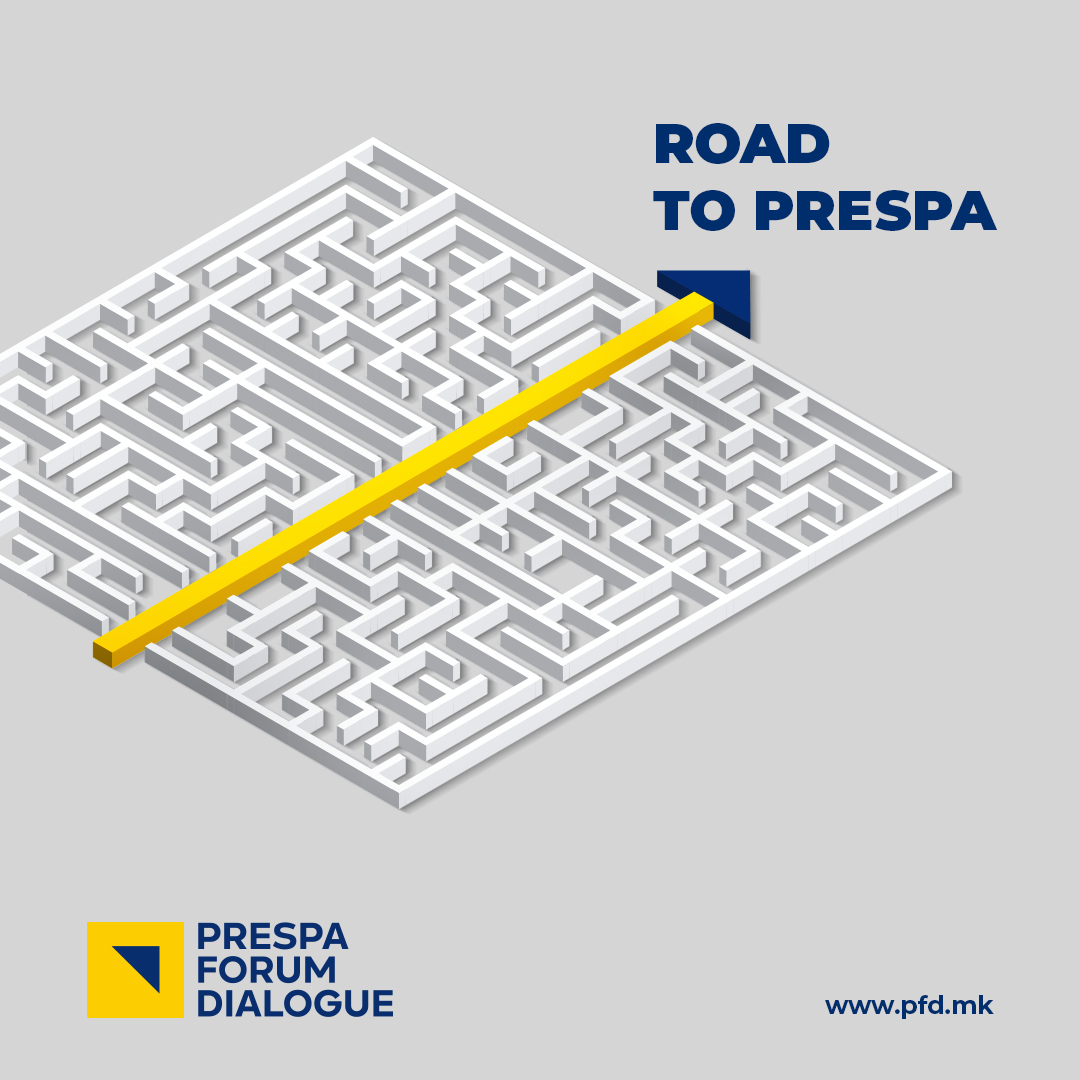 The Ohrid Framework Agreement, signed in 2001, not only calmed tensions and passions between communities, but also opened space for a more harmonious, multiethnic and inclusive society and contributed to the political and social integration of all communities in the country. We will soon mark 20 years since its conclusion and we can say with confidence that we have matured, that the old animosities that separated us have been overcome and all of us, united around the European perspective, are building a country with democratic values and participatory political culture. The adoption of the model of internal political and social order established by the Ohrid Framework Agreement has made the country open, stronger and more stable. Today we can be proud of the state of interethnic relations and the future of the country. This model is a sign of recognition of our country and the best political product for export.

The treaty with Bulgaria, signed in 2017, raised bilateral relations with our eastern neighbor to a different level, expressing mutual aspirations to deepen relations and expand cooperation. The commitment of friendship, good neighborliness and cooperation expressed through the treaty was embodied very clearly, and the results could be seen and felt quite quickly. We intensified the political dialogue and entered a phase of open and frequent communication. Economic cooperation continues to grow, we are partners on a number of issues, from cooperation in the field of defense and home affairs, education, science, culture, media, health, to infrastructure and regional connectivity. Establishment of the Joint Multidisciplinary Expert Commission for Historical and Educational Issues was an important step towards creating a platform for debate, exchange of views, and institutionalizing dialogue between academic communities. In practice, the treaty places the debate on historical issues where it belongs – in scientific and academic institutions to free politics from long debates over the meaning of certain personalities and events. Despite the historical issues left to experts to discuss, the two countries agreed to share the future as members of the European and Euro-Atlantic community. We are confident that through goodwill, open dialogue and a constructive approach on both sides, we will overcome the challenges ahead. We believe that dividing the process into two parts, history to historians and politics to politicians, will be a good balance of a new strategic culture where the result obtained from the past and the future will guarantee a sure step without losing the vision for the future.

The Prespa Agreement, signed three years ago, marked a new perspective under the sun in the Balkans. Two neighboring countries, entrenched on opposite sides of a dispute that is almost 30 years old, have managed to expand the boundaries of what is possible, show a new way of looking at each other and prove that they deserve their place in the great family of European democracies. Prespa has become a symbol of open dialogue, of resolving disputes and of overcoming oneself and one’s own narrow-minded, short-term interests. Prespa has shown that there is another path – a path that is open to all who have good will, maturity, and the ability to make difficult decisions in the interest of all.

In Prespa we showed our readiness to understand each other, to compromise and to find a solution that is acceptable for all sides and that is sustainable on the long run. In Prespa both countries won, yet no one lost. North Macedonia gained a friend and a partner, while our future in NATO and EU was open. The Hellenic Republic gained a friend and partner in context of its neighbor, reaffirming its role as a committed driving force and supporter of the European perspective of the Western Balkan countries. We closed an important chapter that was draining our capacities and our diplomatic capital for decades. All of a sudden, we were relieved, were free to focus on building concrete projects with our new partner and to use our energy in a more positive and constructive way, to the benefit of our citizens.

Today our state is a stable country, we have improved its international image and opened the doors for the Euro-Atlantic future of the country and the region. The progress we achieved was the fruit of extreme dedication, good will, and honest intentions. Yet, it was not easy. There were strong pressures and there were moments when difficult decisions were to be made. We were aware of the historical significance of the present moment, convinced that we are creating a future and opening opportunities for our citizens, and that was the essential moment that enabled progress.

The very essence of the three agreements is embedded in the deep conviction that peace is better than war, that the next generations are more important than the next elections, and that the real compromise that moves us is better than the false victory that pulls us back. The conclusion and the implementation of the agreement rest on the goodwill, dedicated efforts, perseverance and the strong confidence in our shared future in Europe, united in freedom and peace.

The European and Euro-Atlantic perspectives of the Western Balkan countries and the internal political order and stability, overcoming bilateral disputes and regional cooperation, are closely linked and interdependent. Both processes complement each other and are mutually reinforcing. Progress on the path to integration gives a strong momentum to much-needed internal reforms and a strong impetus to overcome bilateral disputes, but no less means open opportunities for intensifying regional cooperation.

At a time when ideas for alternative scenarios for the future of the Balkans are circulating once again, it is becoming clear that the potential weakening of the European perspective means re-actualizing old, retrograde ideas that promise nothing good to anyone. In this context as well, the significance of the three agreements and the unique concept of the model that the Prespa Forum Dialogue aims to promote, are gaining in importance and relevance. Hence the initiative to promote our model, as a way to overcome disputes and thus contribute to regional peace, stability and security, and to accelerate the process of European integration of the entire region. I am optimistic, but not naive when I believe that one day right here in North Macedonia, this forum will rise into an academic and practical center for finding solutions to conflicts, but also finding models for the functioning of fragmented, multiethnic and multiconfessional countries, and societies.